← more from
endectomorph music
Get fresh music recommendations delivered to your inbox every Friday.
We've updated our Terms of Use. You can review the changes here. 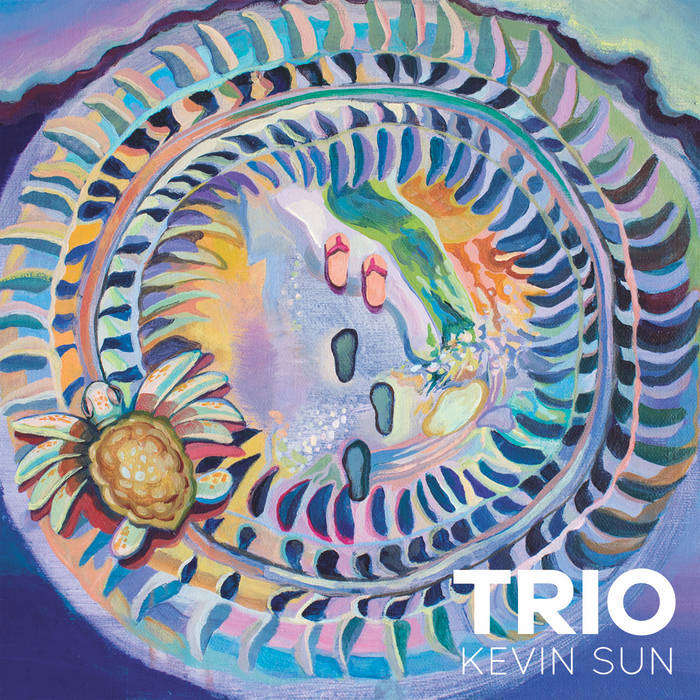 "This may be the first you’ve heard of Mr. Sun, a tenor saxophonist, but that will soon change" - The New York Times ​

"[Kevin] Sun is... clearly a player who sees the big picture and his evolving place within it."
—David R. Adler, The New York City Jazz Record

It’s something of a cliché – though no less true for it - for gifted musicians to proclaim themselves to be perpetual students, their accomplishments achieved in part through a lifelong appetite for learning and new experiences. While still in the early stages of an incredibly promising, already impressive career, saxophonist Kevin Sun has more then taken that idea to heart. A tireless student of the jazz tradition, Sun has dedicated himself to dissecting the music of his forebears with a scientific precision, only to reassemble the pieces in new ways as only the most instinctual of artists can do.

On his first album under his own name, Trio, Sun puts the results of his intensive studies into thrilling practice, crafting era-spanning compositions that are as propulsive and swinging as they are intricate and challenging. The titular trio teams Sun, on tenor as well as clarinet and the rarely-seen C-melody saxophone, with bassist Walter Stinson and drummer Matt Honor, two peers from the contemporary New York City jazz scene.

“Composing for three voices, I feel like I can really challenge myself,” Sun says. “There’s plenty of room to make something happen when you have three musicians interacting with each other. I picture it as a triangle versus a square: it’s still very sturdy, but you have to give it a point.”

There’s no lack of sharp edges on Trio’s dozen jaw-dropping compositions (supplemented by a pair of fiery free improvisations captured in the wee hours of an all-day recording session). While to the listener these songs offer knotty melodic lines and shape-shifting rhythms that are tricky but enticing to navigate, for Sun, each one posed a unique challenge. Captivated by the higher-order writing of modern jazz innovators like Steve Coleman, Vijay Iyer, and Steve Lehman, Sun conceived of the music on Trio as a way of summoning similarly advanced music from his own pen. The trio itself, with Stinson and Honor, was originally assembled to workshop that music – it was only when they realized the chemistry they shared together that it evolved into a working group.

“I was thinking of people who I thought would be willing to get together a lot and really dig into the music,” Sun says. He had shared bandstands in the past with both Stinson and Honor, and soon found that both shared his own enthusiasm for plumbing the depths of his compositions.

That scholarly approach has served Sun well, both in his education at Harvard College and New England Conservatory, in his studies with master composers Miguel Zenón and John Hollenbeck, and beyond, in his own research. He’s been noted for his solo transcriptions, having published more than 120 on his blog by the likes of John Coltrane, Steve Coleman, Joe Henderson, Clifford Brown, and Vijay Iyer.

“I work on inhabiting the sound, the beat, and the vibe of the musicians I transcribe,” Sun says, a practice he learned from Zenón as well as tenor saxophonist Mark Turner. “Coming from an oral tradition like jazz, you want to be able to communicate the details that convey the feeling that comes out of the great playing of those musicians. Ideally you’d get that in person, but when many of them are no longer around, the next best thing is to listen to, say, Lester Young recordings and try to generate the same excitement.”

Beyond simply striving for the sound of such masters, Sun has recently begun to delve into emulating their gear. He recorded Trio with an instrument almost identical to that played by Lester Young on his classic recordings with Count Basie – a gold-plated Conn New Wonder sax and an early metal Otto Link mouthpiece. He began to experiment with the C-melody for a similar reason, as the instrument as played by virtuoso Frankie Trumbauer was a not insignificant influence on Young’s sound.

Though the ensuing sound links him to a tradition that weaves circuitously from Young through more modernist players like Lee Konitz and Warne Marsh, Sun’s voice is wholly his own. That’s evident from the breathy, insistent notes that open “Transaccidentation,” a piece that takes fragments of harmonic ideas from Charlie Parker’s “Confirmation.” Bird is also an inspiration behind the drum chant of “Find Your Pose” as well as “Air Purifier,” a play on Parker’s “Air Conditioning” that also pays homage to the modern appliance crucial to living in Beijing, China, where Sun spends time each year when not in his Brooklyn home.

Sun’s supple clarinet can be heard on the mysterious “Loading Screen” and the elegiac “Deliver the Keys.” The C-melody comes to the fore on the album’s sole standard, “All of Me,” which most clearly shows how Sun has reimagined Lester Young’s sound in a 21st-century context, and on the first of the two completely improvised tracks - “One Never Knows Now” and “Does One, Now Does One, Now Does” – which take their curious titles from a story by the late David Foster Wallace.

The taut, wiry “Three Ravens” was originally written as an etude, while “Bittergreen” is a negative reharmonization of “Sweet Georgia Brown.” The waltz is abstracted on “Ballroom Dancing,” the brutal “Misanthrope” delivers heavy metal intensity, and “Announcements” offers an unconventional setting for every concert’s obligatory band introductions. Finally, “Thunder” ends the album on a starkly expressive note.

Thanks to: Mom, dad, Orion, my grandparents, and my family (including Colonel and the spirit of Lucky Sun) for everything; Matt and Walter for their artistry and unerring commitment to my compositional vagaries; Diane, Lim, Rishi, and Ann Braithwaite for pre-, post-, and post-post-production; Rio, Miguel, Vijay, Ethan, Mark, Felipe, and all the teachers and mentors who’ve guided my search; Randy Toboggan and my compatriots from Earprint and Great On Paper for keeping me honest; Uncle David, for the encouragement; Katzenstein, for continued fellowship and the thoughtful listening; Sidd, for serving as a model of unerring exploration; The Jazz Gallery, for letting me be there; the Beijing jazz scene, for letting me work things out; and you, for listening.

Kevin Sun (b. 1991) is a saxophonist, improvisor, composer, and blogger. He has released two previous albums on Endectomorph Music ("Earprint" and "Great On Paper," both in 2016), and currently leads a trio with bassist Walter Stinson and drummer Matt Honor. A graduate of the New England Conservatory of Music and Harvard College, his writing has appeared in Music & Literature and JazzEd magazine. ... more

Bandcamp Daily  your guide to the world of Bandcamp